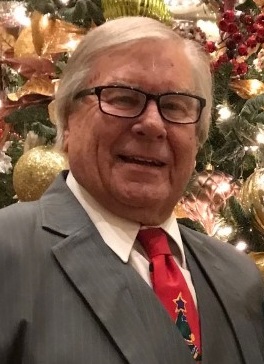 The Rev. Dr. David Eugene Leininger is a child of the Presbyterian manse, the son of the late Rev. Milton N. Leininger and wife Rosalind. He was born in Atlantic City, New Jersey in October, 1944 where his father served the Chelsea Presbyterian Church for seven years. The family moved to Baltimore, Maryland upon the elder Leininger’s call to the Abbott Memorial Presbyterian Church, a pulpit he served for the last 28 years of his life. David was educated in the Baltimore City Public Schools and was awarded a BA in Humanities from Thomas Edison State College in Trenton, NJ. His professional degrees include the Master of Divinity from the Lutheran Theological Southern Seminary in Columbia, SC (1984), and the Doctor of Ministry from Erskine Theological Seminary in Due West, SC (1987).A successful career in Radio and Television preceded his answering the call to ministry. He worked for stations in Baltimore and Washington before moving to Hilton Head Island, SC in 1973 to establish a new station there. Seminary beckoned in 1981 along with a concurrent call to serve the congregation of the Liberty Hill Presbyterian Church in a tiny community about an hour north of the seminary in Columbia where he and his young family remained until graduation and a call to the Oakdale Presbyterian Church in Clover, SC. David has since served congregations in Florida, Georgia, North Carolina, and Pennsylvania. He officially retired from active ministry in the Presbyterian Church (USA) in 2008.

David is the author of a number of published articles and sermons and his work regularly appears on internet preaching sites such as Sermonwriter.com, Lectionary.org, SermonSuite, eSermons.com, etc. He is also the author of seven books, the most recent of which is The 2,000 Year Old Preacher: 21st Century Sermons on 1st Century Texts, a series of messages based on the gospel lessons to begin Year B of the Revised Common Lectionary. Others include A Colorblind Church, the story of the intriguing events that unfolded in the lives of two small congregations – one black, one white – in Liberty Hill following the reunion of the northern and southern streams of the Presbyterian Church in 1983. God of Justice: a look at the Ten Commandments in the 21st Century grew out of a sermon series preached in First Presbyterian Church, Warren, PA. As We Believe, So We Behave: The Apostles’ Creed and the Christian Life is another book that was inspired by a sermon series there. Lectionary Tales for the Pulpit is a three-volume preaching resource that is primarily for those who preach from week to week. All the books are published by CSS Publishing of Lima, OH and are available on the Leininger’s website.

On Hilton Head Island, David has experienced an unexpected demand for his pastoral services as an officiant for many destination weddings and has enjoyed getting to meet folks from all over the country as a result. He is President of the Sea Pines Men’s Club, a social organization which offers various events and activities through the year. His church involvement is with the First Presbyterian Church on Hilton Head Island. The photograph at right shows him in his uniform as public address announcer at the Harbourtown Golf Links for the annual PGA Tour stop each spring, the RBC Heritage.

Speaking of weddings on Hilton Head Island, David and his wife, the former Christie Alison Eaton, were married here in 1978. They are the parents of a grown son and daughter, and the grandparents of four.